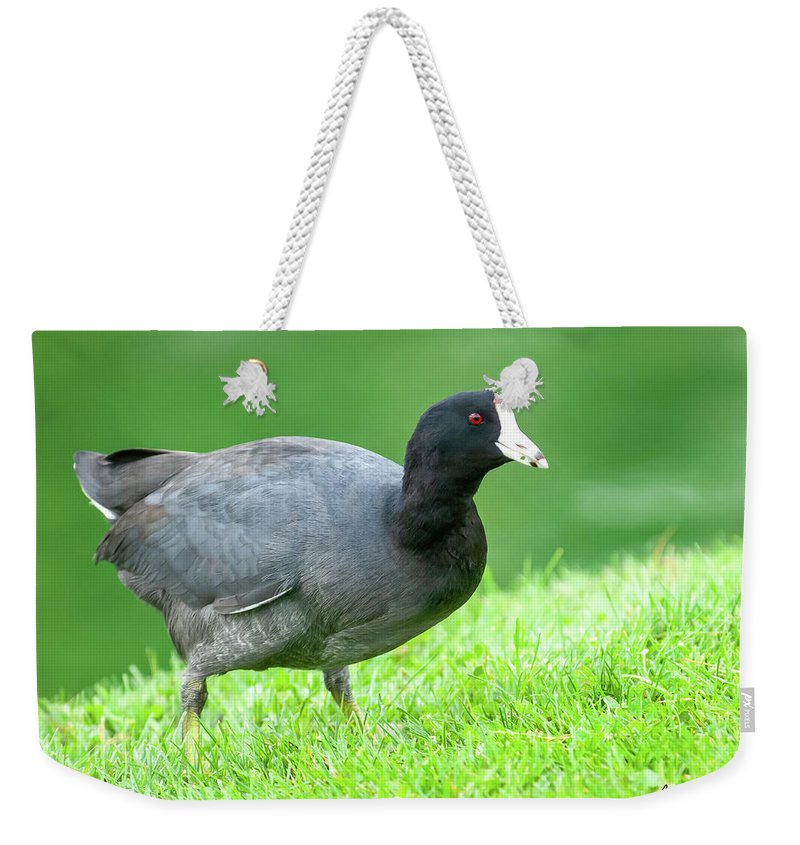 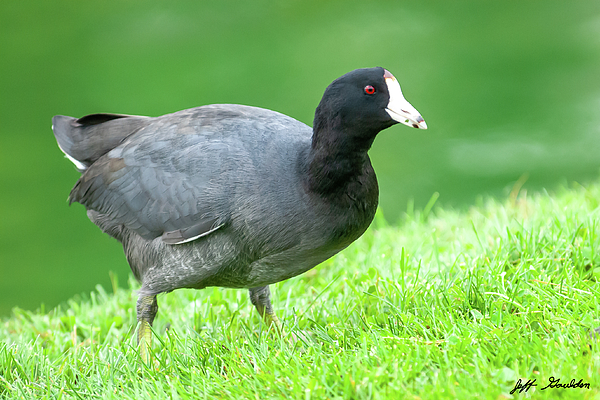 Our weekender tote bags are chic and perfect for a day out on the town, a staycation, or a weekend getaway.   The tote is crafted with soft, spun poly-poplin fabric and features double-stitched seams for added durability.   The 1" thick cotton handles are perfect for carrying the bag by hand or over your shoulder.   This is a must-have for the summer.

The American Coot (Fulica americana), also known as a mud hen, is commonly mistaken for a duck. Unlike ducks, the coot doesn’t have webbed feet or... more

Spot clean or dry clean only.

Congratulations, your work is Featured in "A Birding Group - Wings" I invite you to place it in the group's "2020-2022 Featured Image Archive" Discussion!! L

Thanks Don!! Much appreciated.

The American Coot (Fulica americana), also known as a mud hen, is commonly mistaken for a duck. Unlike ducks, the coot doesn’t have webbed feet or a broad flat bill. Coots live near water, typically inhabiting wetlands and open bodies of water. The American Coot is a migratory bird that occupies most of North America. It lives in the western United States and Mexico year-round. During the summer breeding season, the coot can be found in the northeast United States. Coots may build floating nests and lay up to 12 eggs per clutch. American coots mostly eat algae and other aquatic plants but may eat vertebrates and invertebrate animals when available. This American Coot was photographed while grazing in the grass next to Walnut Canyon Lakes in Flagstaff, Arizona, USA.