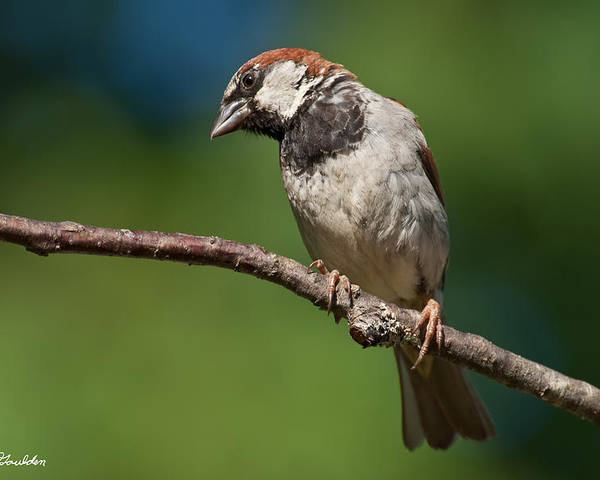 Male House Sparrow Perched in a Tree poster by Jeff Goulden.   Our posters are produced on acid-free papers using archival inks to guarantee that they last a lifetime without fading or loss of color. All posters include a 1" white border around the image to allow for future framing and matting, if desired.

The House Sparrow (Passer domesticus) is a common bird, found in most parts of the world. Females and young birds are colored pale brown and grey,... more

Great pose! Superb clarity! Lovely bokeh! Your beautiful image has been featured by Wild Birds Of The World. L/F

Thanks William!! I appreciate it.

What a beautiful presentation !! v/f/t

The House Sparrow (Passer domesticus) is a common bird, found in most parts of the world. Females and young birds are colored pale brown and grey, and males have bright black, white, and brown markings. The house sparrow is native to most of Europe, the Mediterranean region, and much of Asia. It has been introduced to many parts of the world, including Australia, Africa, and the Americas, making it the most widely distributed wild bird. This male was photographed in Edgewood, Washington State, USA.