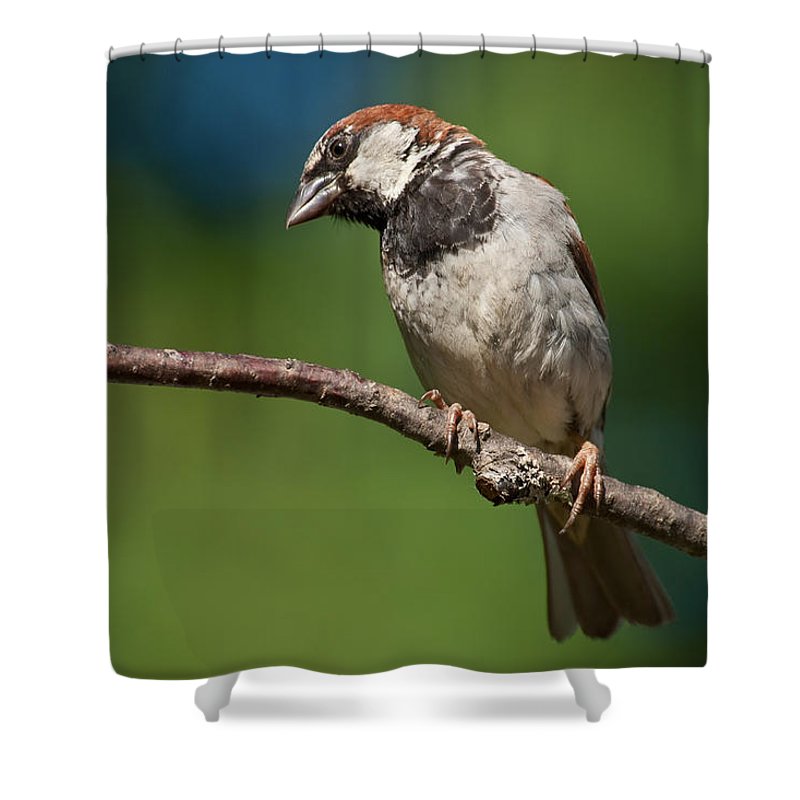 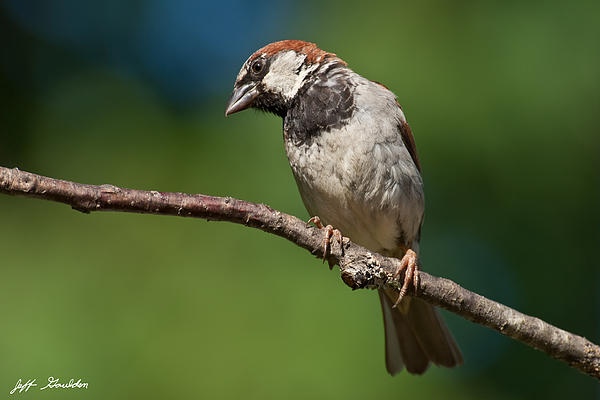 Our shower curtains are made from 100% polyester fabric and include 12 holes at the top of the curtain for simple hanging from your own shower curtain rings. The total dimensions of each shower curtain are 71" wide x 74" tall.

The House Sparrow (Passer domesticus) is a common bird, found in most parts of the world. Females and young birds are colored pale brown and grey,... more

Great pose! Superb clarity! Lovely bokeh! Your beautiful image has been featured by Wild Birds Of The World. L/F

Thanks William!! I appreciate it.

What a beautiful presentation !! v/f/t

The House Sparrow (Passer domesticus) is a common bird, found in most parts of the world. Females and young birds are colored pale brown and grey, and males have bright black, white, and brown markings. The house sparrow is native to most of Europe, the Mediterranean region, and much of Asia. It has been introduced to many parts of the world, including Australia, Africa, and the Americas, making it the most widely distributed wild bird. This male was photographed in Edgewood, Washington State, USA.