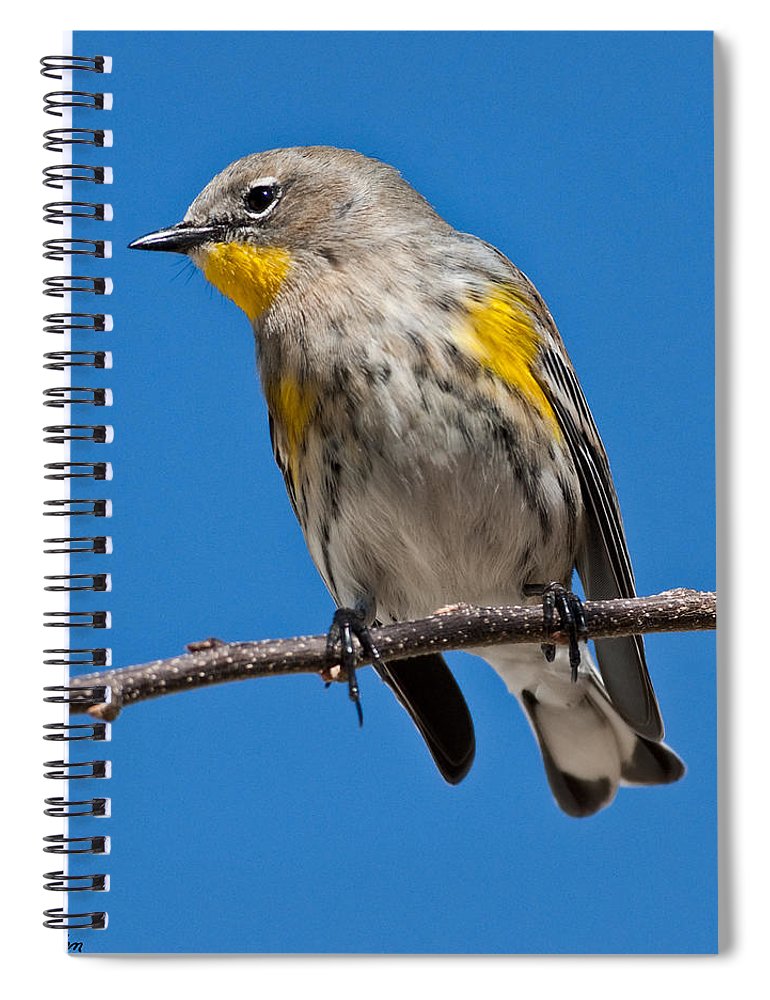 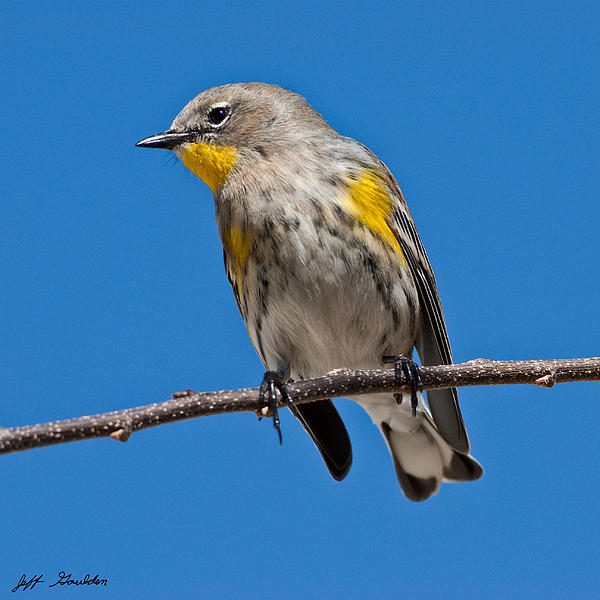 Our spiral notebooks are 6" x 8" in size and include 120 pages which are lined on both sides. The artwork is printed on the front cover which is made of thick paper stock, and the back cover is medium gray in color. The inside of the back cover includes a pocket for storing extra paper and pens.

The Yellow-Rumped Warbler (Setophaga coronata) is a North American migratory songbird. They are mostly grayish brown with bright yellow patches on... more

Hi Jeff! Your beautiful closeup portrait has been featured by Wild Birds Of The World. L/F

The Yellow-Rumped Warbler (Setophaga coronata) is a North American migratory songbird. They are mostly grayish brown with bright yellow patches on the rump, wings and under the throat. They breed in mature coniferous and mixed deciduous forests from eastern North America west to the Pacific, and south into western Mexico. In the American West and in the Appalachians, they live mainly in mountainous areas. In the Pacific Northwest and Northeast, they can live down at sea level as long as conifers are present. The diet of the yellow-rumped warbler consists primarily of insects. They are versatile foragers, catching insects in the air, on the ground and picking them from leaves. The yellow-rumped warbler winters in Mexico and the American Southwest. This yellow-rumped warbler was photographed while wintering in Bisbee, Arizona, USA.